Santa's Down the Chimney Card

A few days ago I mentioned how I'd bought light modelling paste.  Well, I also used my silhouette SD to cut a few stencils.  I did a sunburst, a brick pattern, a forest silhouette and a diagonal striped page.  I decided to use coloured acetate for the stencils, as they'd be easier to see than clear ones.

I wasn't sure how well acetate would work for stencils, being thinner than the stencils you buy at the store, nor did I know how well modelling paste would work.  So I mixed some red dye into the paste and tested out the brick stencil.

I'd meant to leave a border around all of the stencils so I'd be able to tape them down, but forgot to factor that in when I made the brick pattern, so I ended up with a stencil just barely larger than my paper.

I was able to secure it, then used a plastic palette knife ti smear the paste onto the stencil.  I mixed the paste and colour on a Spellbinders die package.  The lip around the packaging helped keep the paste from making a mess and it was easy to clean up.  You can see the panel in the photo below, with the stencils. 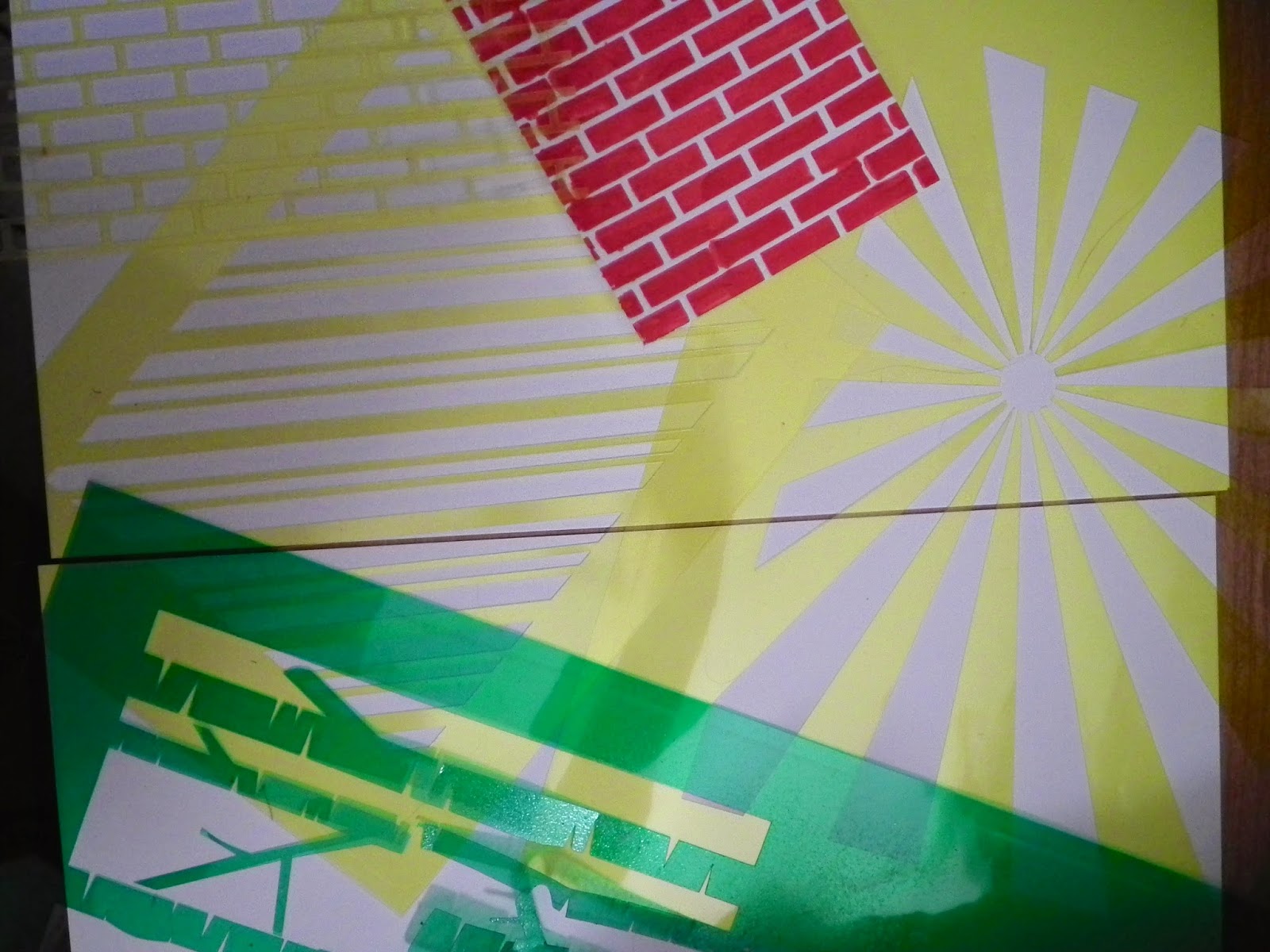 I let the panel dry over night, then cut a rectangle out of it for my card.  I'd tried to be smooth with the paste, but found the rougher areas have nicer texture and a more realistic old brick look.  The paste once dry is a little spongy but very flexible and light.

I cut a chimney top out of white cardstock, some red legs, cloud punched white boot toppers and black boots.  I assembled the vanishing Santa, then stamped my sentiment in black ink and added a piece of glitter ribbon as a roof before attaching the chimney to the white cardstock base. 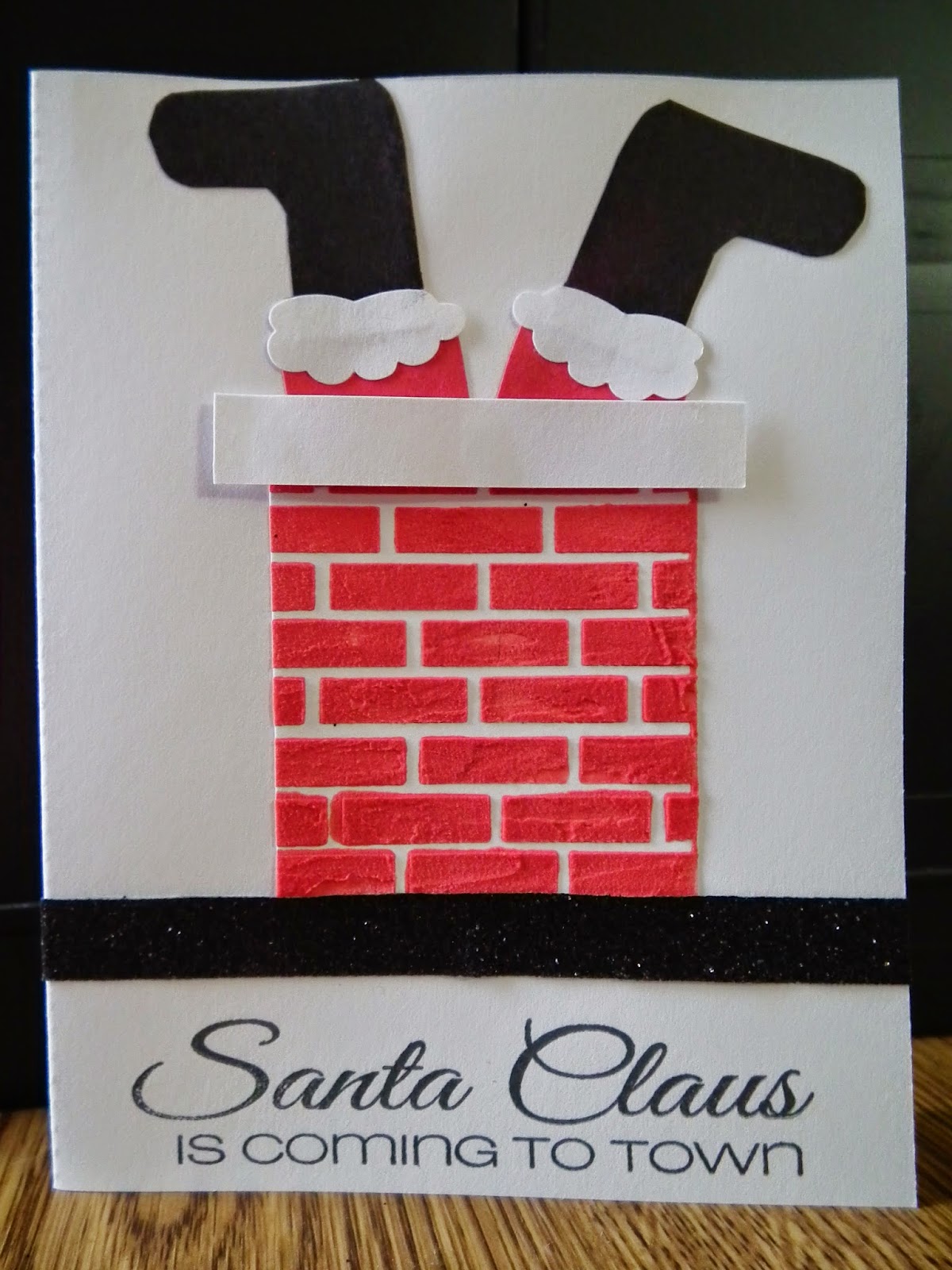 Posted by Jessica Strider at 5:38 PM

That is really cute!