I made this card for the Marianne Design Diva's card challenge "Anything Goes".

I started out by cutting out the image from the MD Vintage Christmas 2 cutting sheet.  I decided to use the square passe partout die as a frame, but needed a backing so cut out a plain square and the passe partout from cream resume paper.  I inked the edges of the plain square with tan dye ink.  I die cut the ivy (CR1253) out of green cardstock and a rectangle of red paper that I stamped with a french script background stamp.

When it came time to put the card together I decided to turn the plain square so it would make a kind of star double framing the image and then glued everything down on a base of cream cardstock.

It was meant to be a summer card, but looks more like a Christmas card (despite the use of ivy rather than holly). 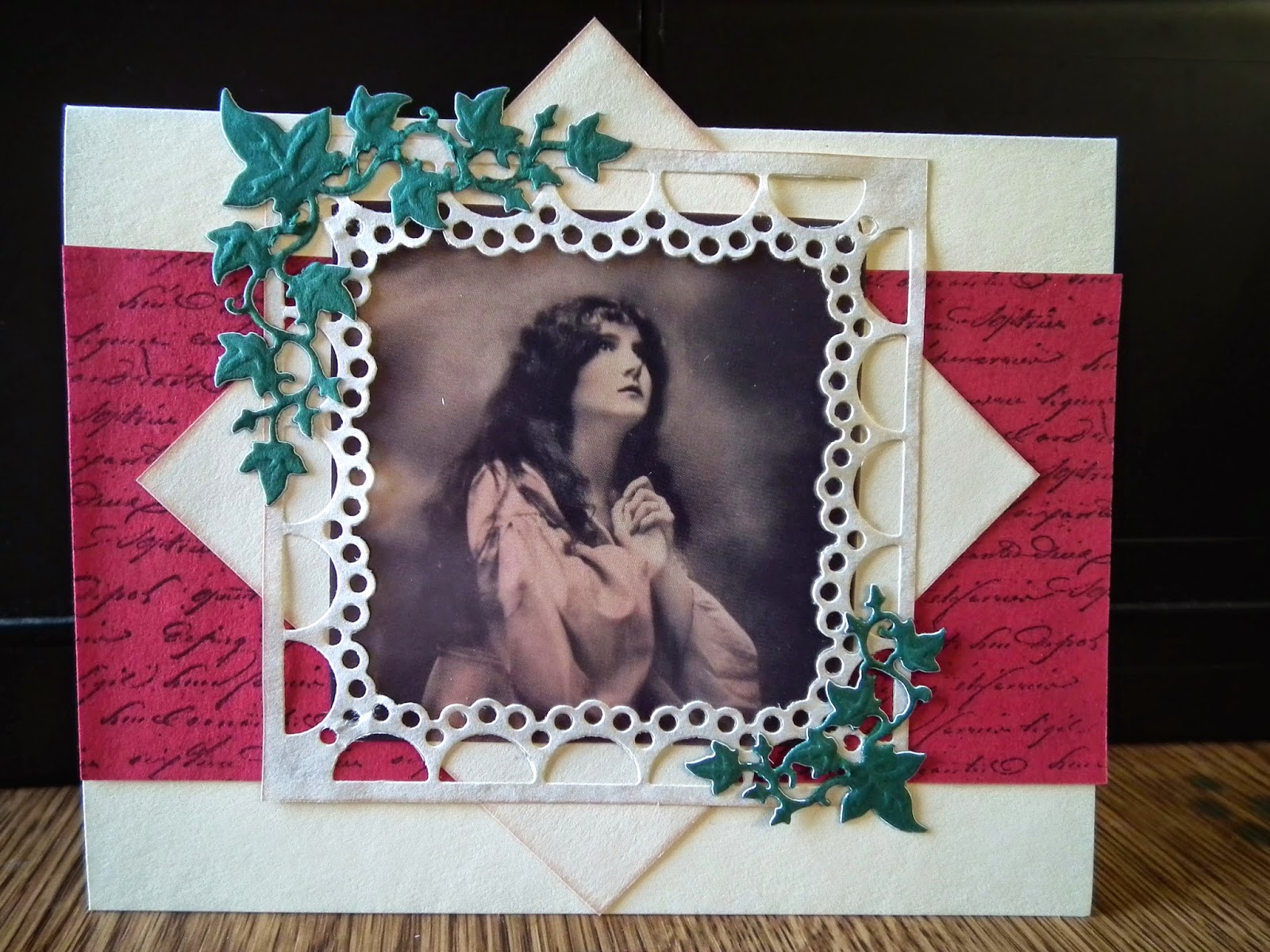 Posted by Jessica Strider at 5:43 PM

Such a pretty Christmas cards with the lovely Marianne Design goodies. Lovely to see someone from overseas.
Please come back soon, thanks for joining Marianne Design Divas,
Hugs Blankina

I really love this one! And it does feel Christmassy!