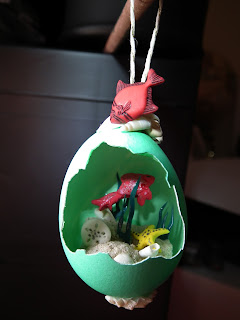 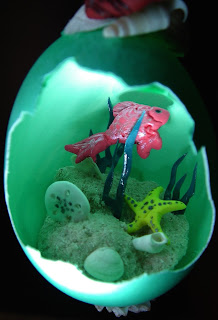 That is so cute! :) I love your little egg shell dioramas.