For this card I started out by die cutting the frame (LR0236), then masking the card with the insert from that set (rather than die cutting it).  I knew ink wouldn't get through the spaces if I used it as a stencil, but I thought a spray would, so I cut off slivers of red and silver gelatos and made a mist spray from them by adding some water.  It worked, mostly.  The lines aren't crisp the way a stencil and ink would get them, but it made a softer pattern for the background.  There's a slight shimmer (from the silver gelato) as well.

The label is from the same set, inked around the edges with black and stamped with a Kaiser Craft sentiment.

I die cut flowers from CR0168 (red) and LR0129 (white) as well as a flourish (CR1245).  It was my first time using the flourish die, which is painted white.  For some reason some of the white came off on my black cardstock, edging the die cut.  It looks fantastic.  I inked the red flowers with a little black to make the edges stand out.  I glued down the swirl and flowers, and added the label with pop-dots.  I finished the card by adding black rhinestones to the centre of the flowers. 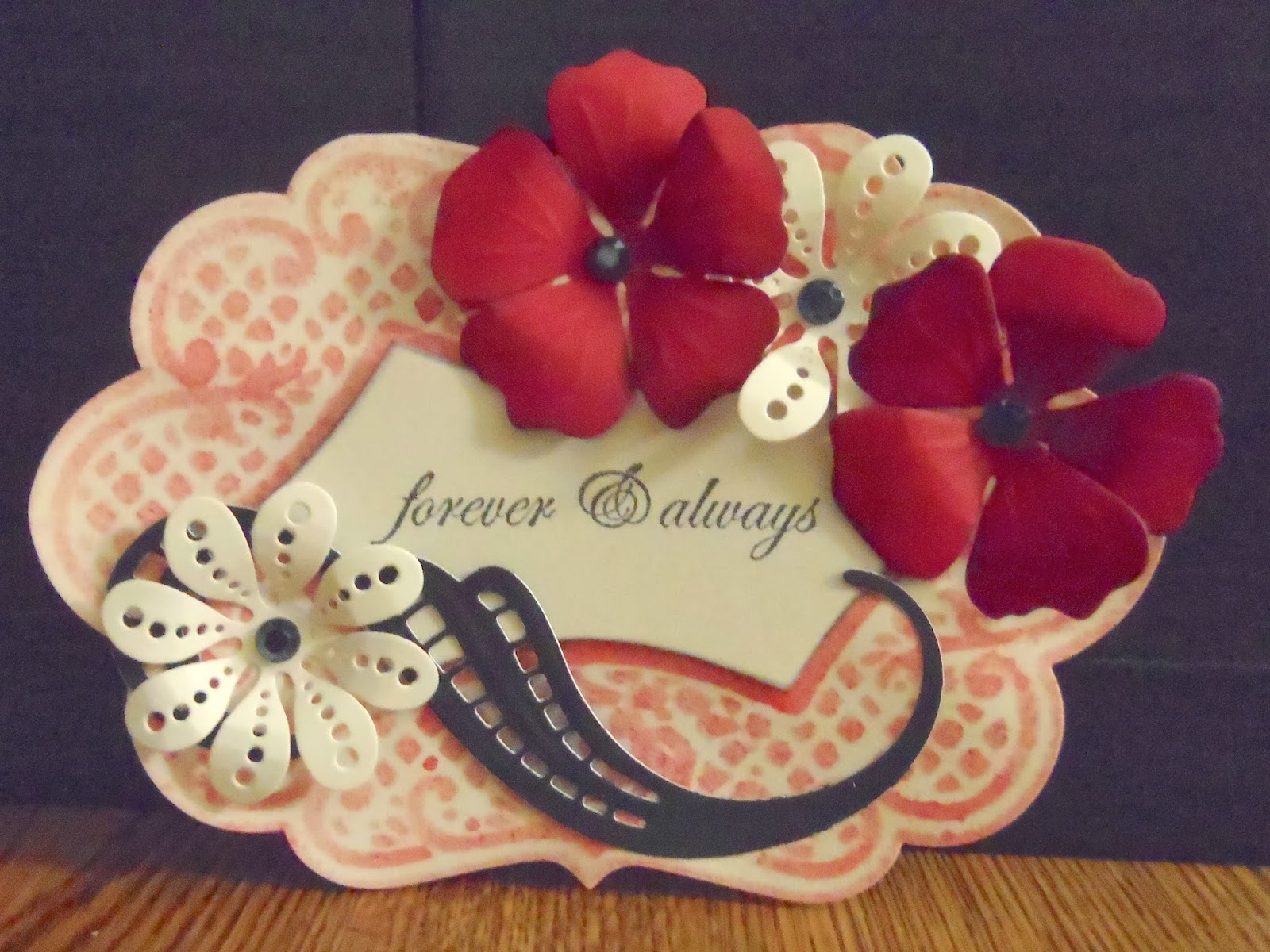 Posted by Jessica Strider at 9:52 PM

Hi Jessica
You made a wonderfull card, but in our rules is mentioned that if you only use dies that you must also use an text of MDesign. Only if you use an image of MDesign it's allowed to use others. This time we'll keep your card in the challenge. So please read our rules carefully next time.